Rapid Tooling (RT) is a tool that shapes a product of a certain shape, size, and surface accuracy in its specific shape. It is mainly used in large-scale production. Although the production and manufacturing costs of molds are relatively high, the cost per product is greatly reduced due to mass production.

More
Regardless of whether the material of the original mold is metal, wood, or plastic, the obtained mold cavity has a clear outline and the same dimensional dimension. The surface temperature of the original mold during spraying is generally not more than 60 ° C, and there is no thermal stress and Deformation problem.
The molding efficiency is high, the size is not limited, and it can be as small as the size of the coin, and it is as large as the vacuum forming mold for manufacturing the inner roof of the automobile.
The equipment investment is small and the economic benefits are good. The plastic production line can quickly change the variety of products to meet the changing requirements of the market.
The more significant the cost advantage. Compared with other methods, this method can save 2 to 20 times the cost. This is an arc spray equipment. It consists of an arc spray gun, a wire feeding mechanism, a water separator, a cooling device, an air compressor and a spray power source.

More
Blanking die The material is separated along a closed or open contour. Such as blanking die, punching die, cutting die, slit die, trimming die, cutting die and so on.
Bending mold A mold for bending a sheet blank or other blank along a straight line (bending line) to obtain a workpiece of a certain angle and shape.
The drawing die is a die in which the blank of the sheet is made into an open hollow member, or the hollow member is further changed in shape and size.
Forming die A mold in which a blank or a semi-finished workpiece is directly copied and formed in the shape of a convex or concave die, and the material itself produces only a partial plastic deformation. Such as bulging die, shrinking die, flaring die, undulating forming die, flanging die, shaping die and the like.

If there is anything you're not sure about or you just need a hand getting set-up you can call or email us.

Dear,I will reply in 12 hours. All your message are protected! 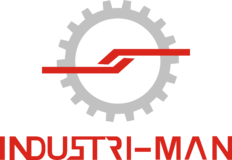 INDUSTRIAL-MAN has been a pioneer of additive manufacturing and prototyping expertise for over 20 years.